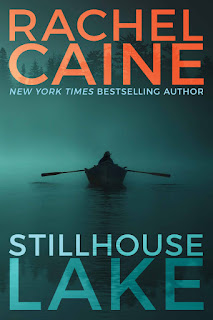 How well do you know anyone? You might meet people every day, but still, do you know the real them? You might live with someone for years; you might learn their habits and idiosyncrasies and yet can you not know what they are capable or not of?

takes us for a wild ride making us question the very thing, and it is not a surprise to know that it has been on the Amazon Top Charts

for more than eight weeks now. Read on to know more about the top selling serial killer novel right ahead.

Gina Royal is a happy stay at home mother for her kids and is happily married to Melvin. Her life falls apart when a drunk driver wrecks their garage, exposing the heinous murders her husband had committed. She is tried as an accomplice and acquitted, while Mel is sentenced to death row. Fearing the Internet threats and the trolls, that she dubs as Sicko Patrol, Gina turns into Gwen Proctor, a fearless mom who will do anything to protect her teens . Gwen could have been her last identity change until the serial killing starts again just around her neighborhood. She continues to fear her husband's threats and doesn't know whom to trust. What length would she go to save her kids and her own sanity? Read this psychological thriller to find out.

is fast paced and is definitely not your breezy summer read. It is intense and has twists are well placed that would keep you hooked until the last page. The reader is as confused as Gwen about people she could trust and things she should stay away from. The book talks a lot about the dark side of the Internet and it is terrifying that all the threats and abuses she and her kids have been facing are possible in today's world.

There are a few plot holes that I am trying hard not to nitpick, but the whole premise works only on those flimsy grounds. For instance, Gina had been married for ten years and she has never been into her husband's garage, where he had been hiding, raping, abusing and killing several girls. Gina trusts someone (spoiler) who had been against her from the beginning. And this baffles me: is it even possible in this real life that there are thousands of people who want to kill a family when they were not even related to the murders, especially in this self-absorbed world where we talk about any social issue only until the next one crops up?

The creepy serial killer angle works great, but no other characters are likable. Usually I like women protagonists who are stong and fight back, but Gwen did nothing of that sort, except being so predictable and stupid. The book ends with a cliffhanger which may or not work for you. Though much has been said about Stillhouse Lake

ending with a cliffhanger in the book world, the book works well as the first installment in a series to come and as a standalone too. I didn't mind that some questions have not been answered.

While the plot and premise are refreshingly new, the writing leaves a bad aftertaste in your mouth. If keeping the story moving was all that was aimed at, well the author succeeded. There are girls tortured and killed, kids kidnapped and one character is sent to death row and yet I am thinking about the bad writing. Yes that was the level of connection I had to the characters. I was fed up with her badly written monologue that repeated in every chapter. The author commits more than once the cardinal sin of telling but not showing. She tells the reader what to see, what to feel rather than letting us learn by action or context. It irritated the crap out of me.


Despite all these misgivings I was not able to put the book down until the last page. So if you are looking a fast paced thriller like The Girl on the Train

this is your poison, pick it right away.