What changes Hulu made to The handmaid's tale, my favorite book

I have made it clear to everyone around me - on online and in real life, that I am besotted with The handmaid's tale, both the book and Hulu's teleseries. I have not stopped talking about to anyone who would listen about it. You can read my thoughts about the book version of The handmaid's tale here. Yeah you heard it! There is a book version and a TV version, and there are a lot of differences between them.

In the Hulu version of Gilead most things are the same as in the book. It is essentially about the fertile women called handmaids who have been rounded up and sent to the houses of its high ranking officials to bear the barren couple a child. With Margret Atwood herself on board as an Executive Producer, this tale of feminists' nightmare has made a few but significant changes. Read on to know what Hulu has done to one of our favorite classics. Plenty of spoilers ahead, be warned.

1) The tale is timeless

Hulu's series is set in the present age with current technologies like access to Tinder and Uber. The handmaids have a red tag on their ears which serves as a GPS tracker. This makes the series more relatable to us, the . The technologies used by the Atwood's dystopia set in 1980s like Compubanks, Compucounts (read as electronic banks and credit/ debit cards) etc are pretty usual for us. Of course there are lot more swearing and nudity involved considering the again the age we are in.

2) Gilead is a diverse society

Atwood's book starts with Gilead where the children of Ham have been relocated and the sect war had solved the problems of the Jews, Jehovah's Witnesses, Quakers, and other religious sects. Our present day Gilead is a multicultural society. They still are against the gender traitors, ie, the LGBTQ but there are a lot of openly gay and non whites characters in the series including Moira, Nick and Luke.

The difference the two Offred begins with their name. While the readers are left to make their own deductions about Offred's before name, Hulu's Offred makes it clear from the start that she was June. Another drastic change is in the character of June/Offred is that bookish June was a passive character who craves for language, books and words, she never took part in any protests before she was captured and whatever we learn about herself and Gilead is through her strong inner monologues. But Hulu's June, portrayed by one of my favorites Elizabeth Moss of the Mad Men fame, is a bold lady who even attempts to manipulate the Commander. The Season Finale even shows her as a rebel when she defies Aunt Elizabeth against stoning Janine.

4) We know The Commander

Like June, the Commander's name in the book had been left to the speculation of the readers. But the Hulu's Commander is introduced as Waterford and is repeatedly mentioned. Oh, the new Commander doesn't look anything like the 'Midwestern banker' we were used to, he is leaner, younger and much better looking. The Commander is nicer to Offred, letting her meet Moira at the Jezebels and even is a little remorseful when Serena is not let to make her speech, making us like him more than his counterpart from the book. 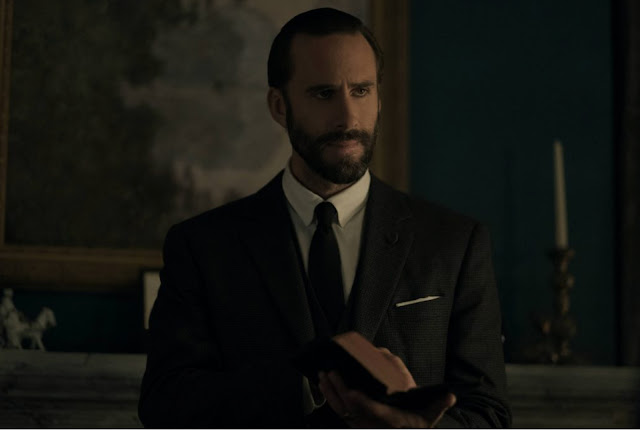 The character of Serena Joy gets a complete overhaul by the Hulu's team. She is nothing like the old, limping, detached ex-televangelist that Atwood had in mind. She is an ex-marketer much like her husband and she played a mighty role in creating Gilead. Hulu's Serena is not passive about Offred, she is indignant that Offred is taking her place. She is not the one who takes his husband's affair with June slightly. She gives him a piece of her mind and physically hurts Offred, until she learns she  is pregnant. She is passionate, strong and woman who knows to get things done. 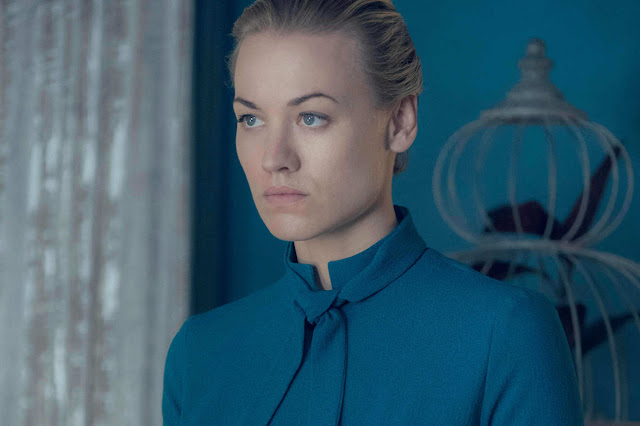 6) Ofglen is a gender traitor

How could we forget the brave Mayday supporter Ofglen? In the book the last we hear about her was that she hangs herself when the vans were coming to get her. But Hulu has turned her into a gender traitor and has her even punished for that. She is punished for that severely for having an affair with a Martha. She even drives a car around the market. The show ends up saying more than Ofglen than the book and she is taken in a van much like Offred and her fate is to be certain.

7) Luke survives, so does Hannah

Yes Luke lives in Canada in the Hulu series, whereas his whereabouts are unknown in the book. He is a colored man who divorces his wife to marry June. While the latter fact remains unchanged, the diverse world of Gilead is new. The series also doesn't speak about the reason behind June's marriage with Luke is invalidated. Also June's meeting with Luke has a cutesy story involving Moira and Tinder. I like the TV series' Luke better than the book's. 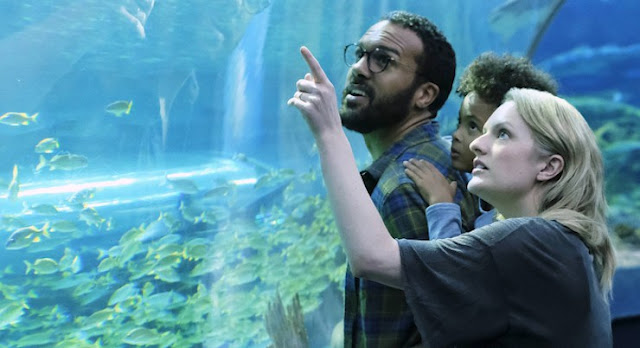 In the book Offred gains her strength from Moira. Moira is a rebel by heart and escapes from the Red Centre alone, not with June as in the series. One of the major change from this theme in the TV series is that Moira is broke down and has lost hope while at Jezebels and Offred is the one who is strong. Moira is seen lastly at the Jezebels by Offred according to the book, whereas Moira escapes to Canada and reunites with Luke.

9) What else has changed

June's mother plays a bigger part in making up for the courage June lacked, in the book. She is a feminist who fights the system and sent to the Colonies. Cora is a friendlier Martha who finds fainted Offred. Both of these characters are missing in the television series. Likewise Janine's character is a lot more developed than it is in the book. The time lines are also a bit changed to make it more interesting. Even Aunt Lydia seems to have a heart for Janine, unlike the book.


Have you watched the series? What do you think of it and did you like the changes made by Hulu? Let me know in the comment section.